‘He was a truly remarkable man: he worked 18 hours a day’ and ‘Nothing and no-one could stop him: he was successful in every undertaking’ are two of the televised encomiums high figures of Romanian media, enterprises and culture have addressed to a business man. Part of Forbes’ top 500 billionaires, he had just died in a speed-caused boat crash. An actor from the old generation had tried to underline the innate generosity of the deceased ‘king of sausages’: ‘He always surprised me by sending me baskets after baskets of charcuterie from his factory’. Another actor presented the entrepreneur’s attendance at his company’s shows as a sign of character – which prompts me to suspect that the aforementioned baskets might have had a certain part to play in his high esteem.

The spicy-insignificant details of the departed that were now making headlines outlined an absolutely common personality: a ‘goodfella’-type of guy, an ‘adrenaline-lover’ of numerous marriages and unacknowledged children. By all of today’s standards – superseding values by prices – he was ‘a successful person’. I have met such compulsive businessmen and, as much as I try to see           anything remarkable in them in a positive sense, I fail to do so. I also fail to see in them the true generosity that – being good sense and measure – is rare and priceless, while acts of self-aggrandizing mercy are frequent and dreadfully cheap.

An issue of concern is the public opinion that a businessman is exceptionally praiseworthy if ‘nothing and no-one can stop him’, if ‘he succeeds in whatever he desires’. In a psychiatric office, such behaviour would lead the physician to suspect a serious diagnosis, prompting isolation and urgent medication. However, in the tumult of triumphant capitalism, where new toxins such as ‘employer’, ‘sanctity of property’, ‘competition’, ‘profit’ and ‘investment’ are presented as panaceas, those intoxicated with them are perceived not as mentally ill, but as paragons of health, success and collective ideals. Nevertheless, their lifestyle withers their bodies or kills them swiftly, as a conclusive proof that the disease in their minds, dependent on profit, image and adrenaline, is merciless. Unfortunately, the reason for writing these lines is the fact that such diseases affect more than those they infect. In a cruel, insane and arbitrary experiment, such illnesses leave an indelible mark upon countries and all they comprise: ‘living beings, soulless things, plains, mountains and waters’ – as the writer Ionel Pop aimed to summarize the Earth. 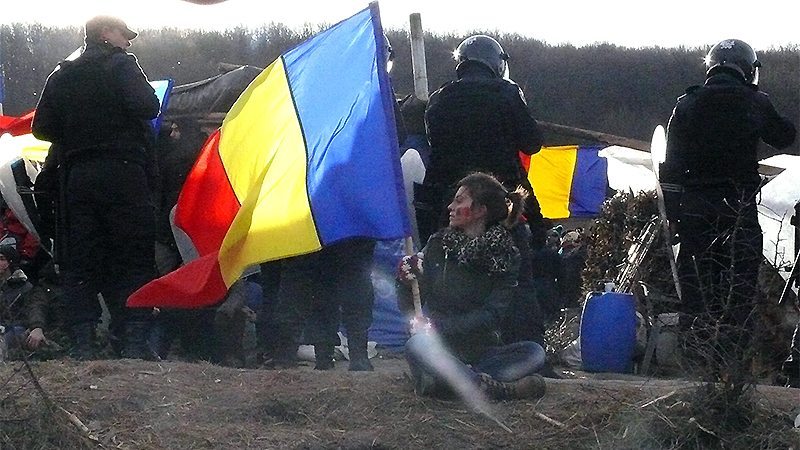 ‘Nothing in this Charter shall be interpreted as implying any right to engage in any activity or to perform any act aimed at the destruction of any of the rights and freedoms recognized in this Charter’, is stated in the ignored article 54 (‘Prohibition of the abuse of rights’) of the Charter of the Fundamental Rights of the European Union. Consequently, an action aimed at the private interest of someone is not to be allowed to impair on the patrimony, on the interest of the community, or even of someone living moderately.

Not far ago, I had begun an ascent in the Carpathians: a majestic and clean peak, soaring at some two thousand meters, covered in blueberry groves and rhododendrons. A place where I had seen deer roam on more than one occasion. However, as the hour was late, I was forced to turn around. Nonetheless, a last glance through my binoculars towards the summit revealed the jeep of an ‘adrenalienated’ just arriving there. I see Providence at work here: had I been at the top at the moment the driver arrived – trampling under wheels both groves and silence – I would have firmly approached him, explaining the harmfulness of his activity and – had any hysterical protest ensued – I would have certainly assumed the risks of a very harsh lesson indeed, all legal consequences included.